In the simplest terms, a healthy lifestyle is a way of living that reduces your risk of becoming seriously ill or reduces your life expectancy. Although we cannot prevent all diseases, many serious illnesses can be prevented by adopting certain types of behavior and avoiding others.

Non-communicable diseases are the leading cause of mortality worldwide, yet they are conclusively linked to lifestyle factors such as obesity, physical activity, smoking and poor diet. Heart disease, stroke and lung cancer together account for one-third of all deaths annually in high-income countries, with tobacco use cited as the greatest self-imposed risk to health.

One recent large meta-analysis showed that individuals who adopted an unhealthy lifestyle, including smoking, tobacco use, excessive alcohol consumption, lack of exercise, and unhealthy diet, had a 66% higher risk of mortality than those who adopted at least four healthy behaviors.

However, a healthy lifestyle is not only concerned with the avoidance of illness and death. It is also about improving aspects of social, mental and physical well-being in order to enjoy more aspects of life for longer.

What are the essential features of a healthy lifestyle?

One large-scale prospective cohort study conducted in the United States analyzed the health behaviors of approximately 120,000 adults across a thirty-year period. It used this information to understand how lifestyle factors affected lifespan and the risk of death from non-communicable diseases such as heart disease and cancers. They identified five healthy characteristics:

A healthy diet involves eating a variety of foods in the correct proportions and consuming a calorie intake that allows for the maintenance of healthy body weight. Although this varies for everyone, as a general guide, this should include:

The World Health Organisation recommends that all adults undertake regular physical activity, including at least thirty minutes of moderate aerobic activity daily, supplemented by at least two weight-bearing activity sessions per week. Being physically fit protects against diseases such as cardiovascular disease, some cancers, diabetes mellitus and osteoporosis and aids in the secondary prevention (i.e., the worsening of symptoms) of such disorders.

Maintaining healthy body weight is critical for overall health and protects against numerous diseases. Body mass index (BMI), an estimation of body fat calculated using height and weight, can be a useful indicator of whether body weight is healthy. A normal BMI score ranges between 18.5 and 24.9, a score of 25.0 – 29.9 indicates that an individual is overweight, and a score of 30+ indicates obesity. BMI score is positively correlated with disease risk, with higher scores indicating an increased risk of several diseases, including:

Being overweight or obese contributes to disease development by altering the hormonal and metabolic profile and placing an increased physical burden on various body sites and organs. 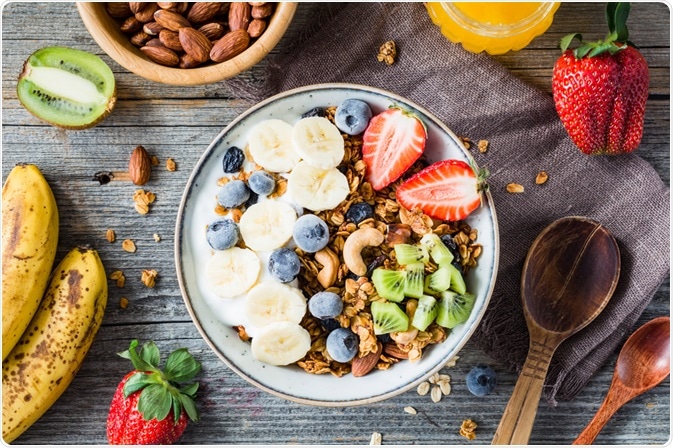 There is no safe level of tobacco use and smoking behavior. Thus the greatest health outcomes are associated with having never smoked.

Approximately eight million people per year die from smoking-related diseases, with approximately 70% of all lung cancer cases being directly caused by smoking. It also causes cancer in many other areas of the body, including the esophagus, mouth, throat, pancreas, stomach, and liver. Smoking damages the heart tissue and circulation, increasing the risk of coronary heart disease, stroke, vascular disease, and myocardial infarction.

A moderate level of alcohol consumption translates to between one and two drinks per day for men and one drink per day for women. Consuming alcohol above these levels increases the risk of poor health outcomes. For example, over-consumption can raise triglycerides in the blood, increasing the risk of heart attack and stroke. It can also lead to high blood pressure, cardiomyopathy, and cardiac arrhythmia.

Given the role the liver plays in neutralizing toxic substances in the body, it is particularly vulnerable to alcohol. Alcohol-related liver diseases such as fatty liver develop in most individuals who regularly consume excessive levels of alcohol. In serious cases, the cells of the liver become inflamed and die. These are replaced with scar tissue, leading to cirrhosis of the liver, which eventually results in death if untreated.

How to Save More and Need Less for Retirement

© All Right Reserved By Newlifefamilykc.org